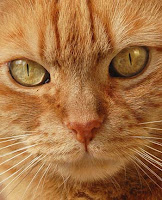 Thanks to Angela over at Jaded Love Junkie for hosting the Blogfeast! My entry is below, from my WIP, Faerie Fate. It's a cross post from my other blog, Mara Writes.


Their house was small and homey. The space was loaded with a soft overstuffed couch and chairs in mismatched patterns. In the kitchen, Willow was cooking something that smelled good enough to make Shadow’s stomach growl. He hadn’t realized how hungry he was.

Willow began the business of serving the meal and not too long after she’d set out plates and bread, Dusty burst through the door, skidding to a stop in the middle of the room. Starrie and Shadow jumped when the door slammed open, but Willow seemed to take it in stride.

“Where've you been, Dusty?” she asked as she dished up another bowl for him.

Dusty leaned over, hands on his knees, catching his breath. “You’ll never believe me even if I tell you,” he said between heaving breaths.

“Well, I was flying through the forest, saying hi to some friends, and it was just such a beautiful morning I kept on flying, you know? I ended up in a pretty meadow where I saw a deer I know and she introduced me to her baby, and then I saw some lights through the trees so I went to check it out.”

“So, what was it?” Shadow prompted him.

Dusty gulped a couple of shallow breaths as he went to the kitchen and got a drink. “Willow, you remember the house outside the forest where that nice old lady used to live?”

“Well, she doesn’t live there anymore.”

Shadow heaved a sigh. Dusty’s storytelling irritated him, mostly because it took him forever to get to the point. He struggled to maintain his patience as he watched Dusty guzzle his drink, wipe his mouth and put the cup in the sink. He wondered if there would to be any more to the tale other than an announcement that some old human woman no longer resided in the house she used to reside in.

“If she doesn’t live there, why were the lights on?” Starrie asked.

“Exactly!” Dusty exclaimed, as if the mystery were solved.

“Was there someone else there now?” Willow prompted.

“Yes there was. I got close enough to see a young woman on the porch and she had a beautiful ginger kitty on her lap. He was so furry and it’s been a really long time since I talked to a cat. So I made sure the lady was completely asleep and I snuck up to the porch and talked to the kitty. But it turns out he wasn’t so friendly after all.”

***********
So, that's my entry. It's not a feast, just a little breakfast among friends. Hmmm. Wonder what happened between Dusty and the cat?

Now go check out the rest of the scenes at Jaded Love Junkie !
Posted by M. Bail at 6:54 AM 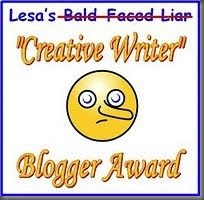 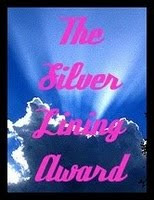 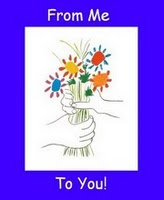 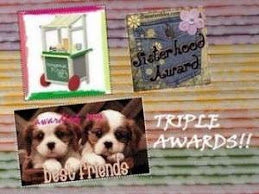